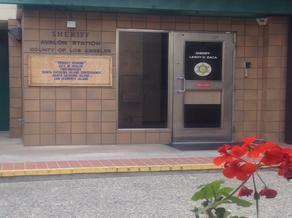 Editor’s note: The following is the Avalon Sheriff’s Station significant incidents report for the week of Nov. 13 to 19, 2019. All suspects are presumed innocent until proven guilty in a court of law. Many people who are arrested do not get prosecuted in the first place and many who are prosecuted do not get convicted.

• A victim reported he received a telephone call from a person pretending to be a Texas Social Security officer. The caller asked for the victim’s social security number, which the victim provided. An investigation is ongoing.

• Deputies responded to the Avalon School regarding a juvenile that was allegedly smoking marijuana. Deputies detained the juvenile, issued her a citation and released her to her parents.

• Deputies received a call of noise disturbance in the 800 block of Country Club Drive. Deputies contacted the disturbing party who agreed to turn the music down. Deputies received two additional calls regarding the same tenant. No criminal laws were violated.

• Deputies issued a juvenile a citation for driving a golf cart without a driver’s license on Wrigley Terrace Road above Clemente Avenue. The juvenile was released to his parents.

• Deputies received another noise complaint from the same tenant from the November 15 incident in the 800 block of Country Club Drive. The disturbing party agreed to turn the music down. No crimes were violated.

• Deputies received a call where an ex-boyfriend was harassing his ex-girlfriend. Deputies wrote a crime report and the investigation is ongoing.

• Deputies conducted a presentation at the Avalon School regarding California laws pertaining to driving without a driver’s license, underage marijuana use and anti-bullying/harassment of other students.

• Deputies issued a juvenile a citation for driving without a driver’s license in the 300 block of Sumner Avenue. The juvenile was released to his parents.

Under no circumstances should you give your Social Security Number or other personal information to someone over the telephone that you do not know. The information you provide to the stranger will probably be used to steal your identity.