The Avalon boys volleyball team is off to a strong start to the season, having opened up with an 8-2 record and a second place finish in the Liberty Christian Tournament in Huntington Beach over the weekend.

The Lancers started the season 5-0, including winning their first three matches in the Liberty Tournament before falling to Artesia. They played their way back into the championship game, before falling to Artesia again in the final. Allen Arneson had 59 kills in the tournament. Pedro Marquez had 137 assists. Dominic Hernandez has 113 digs and 75 serve receives. Adalberto Martinez had 34 kills and 35 digs, while Diego Rios had 15 kills, 13 aces, 21 digs. Daniel Silva  had 54 digs, 29 kills, 10 aces, 34 serve receives. Silva, Marquez, Rios and Martinez were named to the All-Tournament team. 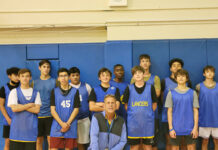 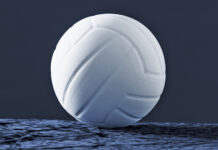 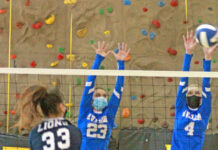