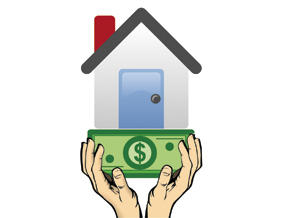 Housing across California has become a major issue but a housing forum held this week on Catalina Island released a flood of concerns and made housing an extremely hot topic.

The Catalina Island Company called the forum to discuss its “very tentative” plans for new housing on the island.

According to Kris Wilhelm, Senior Vice President of Development of its resort services division, the company wanted to share its plans, yet he said “we are looking for feedback.”

Because of the island’s unique economics, Wilhelm said it is very hard to pinpoint accurate housing supply and demand information.

Nevertheless, he said it is understood that housing is critically needed on the island and the company was attempting to develop 180 new units.

Currently, said Wilhelm, they are looking at a 4.5-acre tract called Las Casitas on which to build the units, yet Wilhelm outlined the difficulties related to construction.

The Island Company believes there is sufficient water in the bedrock beneath the island, but he said negotiating water rights will take time and other construction hurdles remain.

Wilhelm said the company’s difficulties in “understanding demand” has prompted them to ask for input from the community. He said input will determine whether the units are one bedroom, two or three, he said, as the company tries to satisfy the most pressing needs.

Wilhelm also noted that the Island Company has other projects underway to upgrade the community, including the Atwarter Hotel renovation that begins next week.

No sooner than he had finished, residents began asking hard questions.

One resident said the site mentioned would be better utilized by a new hospital, which Avalon residents hope will be in operation by 2030.

Jason Paret, Chief Executive officer of the Catalina Island Medical Center, said the Island Company has thus far been “very cooperative” but made no mention of any potential sites.

Dr. Alison Oskinski was more direct, telling Wilhelm straight up that “you know that land was promised” earlier for a park and a pool, not for housing.

Wilhelm acknowledged that indeed, the Las Casitas site was in the past slated for a different use as part of fan elemental proposal for the earlier project, but the proposal never was implemented.

Wilhelm was also questioned about the “affordability” of the proposed housing to which he said the Island Company worked “for years” with the city on an affordable housing project, but it was the city that switched gears and hired a consultant to advise them on how best to spend the $5 million they have remaining in redevelopment funds. He insisted the Island Company is always looking for ways to help.

Another resident questioned Wilhelm and the Island Company about potentially drilling for water instead of supporting the construction of new desalination plants. “You know your company could (support desalination) if you wanted too.”

At this point, Catalina Island Company CEO Randy Herrel stepped up and said studies and permitting for a new desalination plant would take years, if not decades, to implement while multiple geology experts have concluded it is safe to drill for water in this location. He offered to provide residents with websites were the studies could be reviewed.

In fact, Herrel went even further. “We want this to be a dialogue with the community” he said, adding that the Island Company is willing to listen to residents, city officials, experts, etc. and to do whatever may be required to improve the island’s infrastructure and accelerate a solution to its housing problems.

Herrel even told a city official who questioned them on “ownership” possibilities of the proposed 180 units, “we’re willing to have a conversation” about it. He said the Island Company has tried to encourage ownership before, but there is always an issue of the proposed purchasers coming up the down payments.

David Thompson, another resident, encouraged the company to keep listening and said he hoped the discussions would continue. Maybe, he said later, all parties could participate in a task force or find some other way to work together to improve housing on the island.