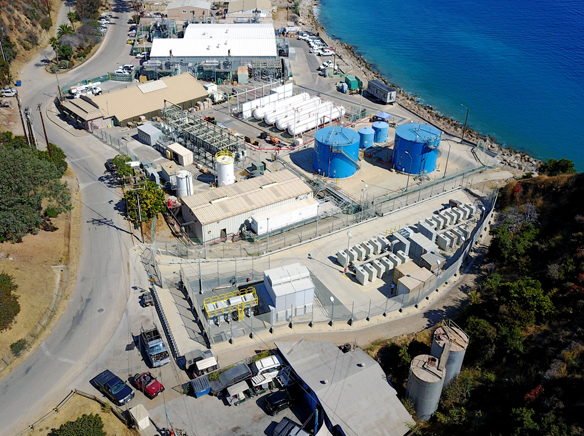 The island’s water utility wants to significantly increase the rate it charges water users. This won’t happen immediately. The process is long and technical.

Visitors to Catalina may not know it, but Southern California Edison provides water services to the island.

During a presentation to the Oct. 20 City Council meeting, three Edison representatives delivered the news:

Edison will ask the California Public Utilities Commission to increase water rates for the island.

Technically it is called filing a general rate case.

“In this filing, we will seek approval for a significant increase in water rates to cover the costs of serving water on the island,” said Jim Buerkle, Edison’s director for generation.

Buerkle said Edison intends to file the rate increase request at the end of October. He said that would kick off a process that Edison believes will last one to two years, if not longer.

“We recognize that this is not welcome news, and especially so in light of the impact  COVID-19 has had on island residents and businesses,” Buerkle said.

Buerkle said the cost of serving the small group of water customers exceeds the revenues that Edison gets from them.

He cited the relatively large water system needed to serve the island, the 1 million annual visitors to Catalina and the island’s drought cycle as contributing to the cost of water service.

Buerkle said that by regulation, Edison can only collect the costs from the 2,000 water customers.

Edison is looking to “recover” annual $9.3 million in revenue. According to Buerkle, this would be a 127% increase from the current revenue of $4.1 million.

Cameron pointed out that to follow the case, members of the public can visit www.cpuc.ca.gov/pao to file a protest, or to subscribe to emails to keep informed.

According to Cameron, Southern California Edison is looking to recover a variety of costs from electrical customers.

According to Cameron, applying $29 million in costs to Edison’s 5 million electricity customers would only cost 2.28 for the entire year.

“We’re not considering a boat fee, which is something that was previously considered,” Cameron said.

Adeline Yoong, Government Relations manager for Edison, said they encouraged the public to submit comments to the Public Utilities Commission.

Lavelle asked about if there was another instance of a utility increasing by 127% over five years.

Cameron there is precedent within SCE of doing that.

“It’s too substantial an increase to pass through in a single year,” Cameron said.

He said there are similar challenges that smaller water utilities face across the state.

Councilmember Cinde MacGugan-Cassidy said she would like the city and all individual council members to apply be parties to the rate case. City Manager Denise Radde said City Attorney Scott Campbell sent her a message that the City Council can be a party to the rate case.