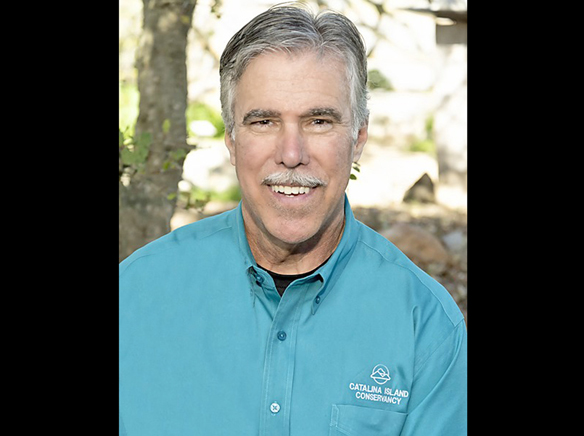 The Catalina Island Conservancy just celebrated 50 years of stewarding Catalina Island through a balance of conservation, education and recreation, and Budrovich has been a passionate spokesperson for all three. His enthusiasm for the Conservancy is justified as he leaves a trail of accomplishments including the opening of the Trailhead, a state-of-the-art LEED Gold-certified visitor center; the detection of new bat and plant species; extensive education programs for all ages; and the re-opening of Airport in the Sky and ACE Clearwater Airfield through a partnership with the Department of Defense.

Budrovich has hired, developed and leaves an exceptional team whose members realize the unique responsibility and opportunity they have to demonstrate that conservation in the 21st century is by people, for people and that Catalina tests solutions to the environmental challenges here and on our Island Earth. With Board-approved strategic plans for Conservation, Education and Recreation, he leaves guidance for the Conservancy long into the future.

In the press release announcing Budrovich’s departure, the Conservancy’s Board of Directors thanked Budrovich for what was described as the exceptional growth of the Conservancy and many accomplishments during his team’s tenure.  Formed in 1972, the Catalina Island Conservancy is one of California’s oldest land trusts. Its mission is to be a responsible steward of its lands through a balance of conservation, education and recreation. Through its ongoing efforts, the Conservancy protects the magnificent natural and cultural heritage of Santa Catalina Island, stewarding approximately 42,000 acres of land and more than 60 miles of rugged shoreline. For additional more, visit www.catalinaconservancy.org.