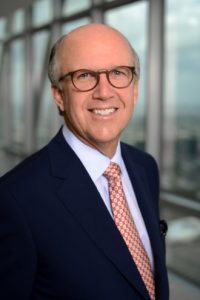 He brings extensive leadership experience to the governing board

The Catalina Island Conservancy announced recently that Trevor Fetter, the former chairman and CEO of Tenet Healthcare Corporation, a Fortune 150 company, will be a benefactor member of the Board of Directors.

Fetter brings extensive leadership experience to the position, having served in various leadership roles at Tenet and in the healthcare industry from 1995 to 2017. During his tenure with Tenet, it grew from a regional hospital company to a diversified national healthcare provider and healthcare services company with operations in 43 states and the United Kingdom. Tenet is also one of the nation’s largest employers.

Prior to joining Tenet, Fetter was the founder, chairman and CEO of Broadlane Incorporated, a company that used innovative technology to help hospitals and physicians reduce their costs in the supply chain. Prior to entering the healthcare industry, he served for seven years in a variety of positions including chief financial officer with Metro Goldwyn Mayer Inc. He began his career as an investment banker with Merrill Lynch Capital Markets.

Fetter grew up near San Diego and first visited Catalina Island with his family when he was six months old. The family loved boating and visited the Island at least once a year. Fetter became a competitive sailor who has extensive experience racing both inshore and offshore.

In addition to previously serving on the Conservancy’s Board of Directors, Fetter currently serves as lead independent director of The Hartford Financial Services Group and is on the national board of the Smithsonian Institute. He is a graduate of Stanford University and Harvard Business School. He is married to Melissa Fetter. They have two children and live in Dallas, Texas.