Catalina Island officials are exploring a variety of avenues to leverage its performance and visual arts assets to create an enhanced entertainment destination.

Now, the Island is seriously considering the development of more entertainment options to add to its existing revenue base, Chamber President Jim Luttjohann confirmed this week.

“We are very supportive of Mayor Ann Marshall’s efforts,” he said. The Chamber is working with the mayor and others to form an exploratory committee capable of further developing the Island’s performance and visual arts communities.

“For sure, the effort could eventually drive additional tourists to the Island,” he said, adding that citizens and the business community have been meeting with the mayor to exchange ideas.

While the Island is quite well known for it’s natural beauty and mature hospitality industry, the continuing success of entertainment projects has inspired a desire for more. Luttjohann said the healthy attendance numbers of its newly opened Catalina Island Museum are equally encouraging.

The museum, which highlights SoCal’s history and culture, has been thus far featured in many national publications and is producing “very healthy” attendance numbers since opening its $9.2 million facility in June of 2016.

“Let’s just say we are not surprised but very pleased with the numbers,” the Chamber president said.

The officials believe there is an opportunity to increase the Island’s entertainment business, which would organically fit and grow with their existing hospitality infrastructure.

At the initiative’s very early meetings, interested citizens and members of the business community have been asked to list their organizational ideas for further discussion, Luttjohann said.

The mayor will work with the Chamber and other interested parties to review the comments then decide on the most effective strategies to pursue the initiative.

Mayor Marshall, meanwhile, said she is “excited” about the entertainment potential of the Island and wants a process that will explore it fully.

“For a start, there are many good artisans and musicians on the Island that could be better showcased,” Marshall said. “They are very supportive.”

The Film Festival, JazzTrax and other events bring people from all over the U.S. to Catalina so “why not explore what else we can do,” she said, adding that the group will synthesize the input of citizens and create a strategy to move forward. 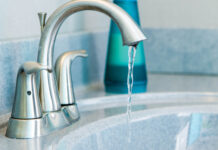 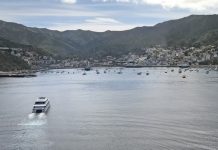