Snakes, amphibians, and lizards (otherwise known as herpetofauna) are some of the most understudied wildlife taxa and can be very sensitive to habitat disturbance. In fact, the last comprehensive survey on Catalina Island was led by the US Geological Survey 18 years ago during the removal of non-native ungulates (goats and pigs). Since the ungulate removal, both habitat and herpetofauna have had the opportunity to recover, but no surveys have been conducted to ensure the species have survived. This fact changed last week, as Conservancy Wildlife Biologist, Makenzie Henk and herpetologist, Jeff Lemm, joined forces to scour the Island for rare herps.

On the morning of April 5, 2022, Catalina Island Conservancy staff, American Conservation Experience interns and three Loma Linda University graduate students conducted an extensive survey spreading all the way from Ben Weston to the Airport in the Sky. The crew endured hot temperatures, avoided bison and dodged cactus spines to find the slithering, secretive reptiles and amphibians.

The crew’s hard work paid off. Over 150 individuals from 9 species were detected, including the more elusive Western skinks, garden slender salamander, California Kingsnake, ring-necked snake and most exciting: two Santa Catalina two-striped garter snakes. Garter snakes on Catalina are restricted to permanent water sources and are very difficult to find. The last detection was in 2018. Henk is using these surveys to “give us a better understanding of the diversity and distribution of species across the Island and help inform management actions such as habitat restoration projects in the future.” In addition, biologists were excited to detect multiple Southern Pacific rattlesnakes, a species that is relatively docile unless harassed.

This survey will be an annual effort that will help biologists better manage herpetofauna species and determine if we have undetected endemic subspecies. 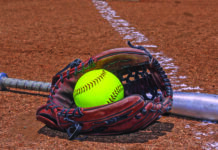