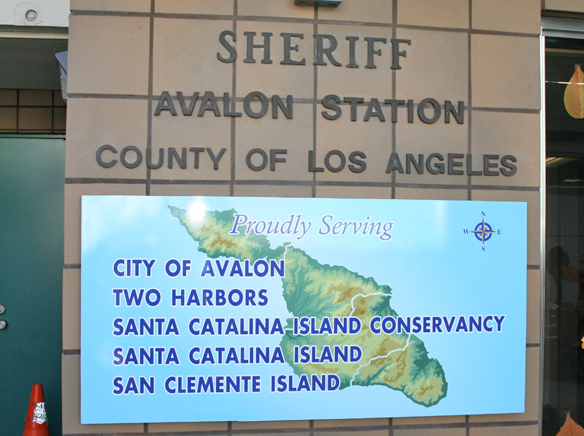 The following is the Avalon Sheriff’s Station significant incidents report for the week of July 22 to July 28, 2020.

• Deputies were conducting a patrol check at Wrigley Terrance Road due to people drinking and throwing their trash over the side of the hill.  As the deputies arrived, the six individuals left the area, leaving behind two boxes of alcoholic beverages.  Deputies disposed of the alcoholic beverages.

• Deputies responded to 1 Cabrillo Mole regarding a family that lost snorkel equipment while on the island.  The family was not able to locate the items before they left the island.

• Deputies responded to the 300 block of Tremont Street a second time this week, regarding a domestic violence call.  Deputies determined a domestic violence crime did occur; however, the suspect had left the location again when the victim called the deputies.  The investigation continues to be ongoing.

• Deputies received a call that an intoxicated female had assaulted two victims in the 400 block of Crescent Avenue.  When deputies arrived, the female was being held by a Good Samaritan.  The female was screaming profanities and trying to get away.  Deputies arrested the female, Rachel Myers from Encino, on suspicion of being drunk in public.  The assault victims did not desire prosecution.

• Deputies received a call at the Descanso Beach Club regarding people trespassing after hours.  Deputies contacted a male and female on the beach and advised them of the hours of operation.  Both individuals left the beach.

• Deputies saw a motorist fail to stop at a stop sign at Sumner Avenue and Beacon Street.  Deputies contacted the motorist to determine why he did not stop.  Deputies ended up arresting Patrick Sitzes from Avalon on suspicion of drunk driving.

Please wear a face covering and help us keep our island open.