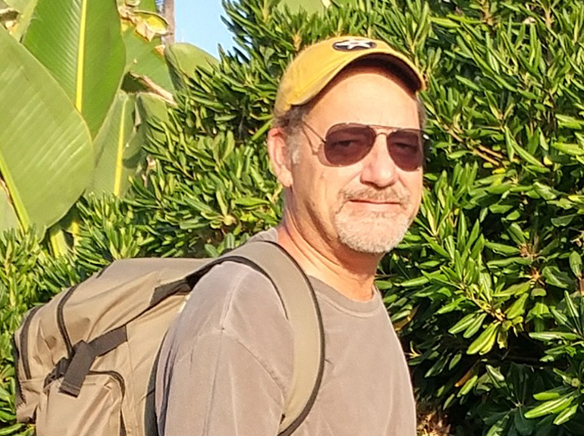 Catalina Island was represented during disaster relief operations for the 7.1 magnitude earthquake which hit the Ridgecrest, Calif., area on July 5, by Avalon resident Jim Watson.

Watson, a Red Cross volunteer and member of the Avalon Lions Club, spent three days volunteering for the Red Cross at the Kerr McGee Community Center, which has been set up as a temporary shelter.

“People were pretty rattled up there,” said Watson. “We had dozens of people staying in the shelter itself, but there were even more people camping in tents in the park surrounding the shelter. They just couldn’t bring themselves to sleep indoors, even in a shelter.” While he was there, Watson said there was one “decent” aftershock and “lots of little ones.”

Watson also visited the town of Trona, located closer to the epicenter, where he said residents were still without water.

“The National Guard had a water truck there and locals were lined up getting their share of drinking water,” Watson said.

Watson has previously been deployed on a number of national disasters with the Red Cross, including Hurricane Harvey, Hurricane Florence as well as the Camp Fire, last year’s wildfire in Northern California that decimated the town of Paradise.