Ten wacky Avalon Lions armed with wacky weed whackers attacked the weed jungle at Haypress Park on May 16. A lot of noise, dust and grass was flying in all directions.

Wearing a Covid-19 mask was not an option, it was a necessity to keep breathing. Great six-feet-apart whacking progress was being made by everyone when an unexpected event occurred.

Suddenly one of the many brown pinecones on the ground under the Haypress Park pine trees exploded when hit by a weed whacker. Brown chips flew in all directions hitting shoes and pant legs … wowzers … what could it be? Weed whacking Avalon Lions men were instantly on alert for any more exploding pinecones, when Frank wandered down the hill by Haypress.

According to Catalina Island tour driver and Lion Andrew Quintana, Frank is the resident bison around Haypress Park. Andrew knows these kinds of things. Could bison Frank be responsible for the exploding pinecones? After a complete shutdown of whacking operations and a spirited debate it was decided by the puzzled Lions whacker team that Frank and or his friends were indeed responsible for the exploding pinecones. 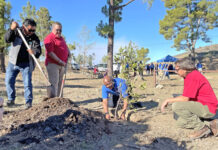 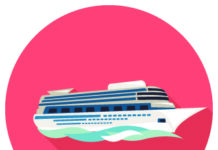