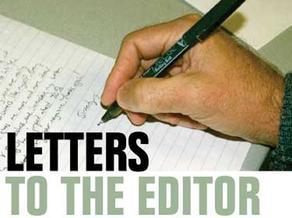 Medical marijuana is just that

Last week’s edition of The Catalina Islander makes it seem as though Islanders are mostly opposed to, if not afraid of, making marijuana available for therapeutic purposes.  As speakers told the City Council, this probably isn’t the case.  And, if the council had better information they’d probably make the herb locally available to those adults who’ve been recommended to use it.

Medical marijuana is just that

Last week’s edition of The Catalina Islander makes it seem as though Islanders are mostly opposed to, if not afraid of, making marijuana available for therapeutic purposes.  As speakers told the City Council, this probably isn’t the case.  And, if the council had better information they’d probably make the herb locally available to those adults who’ve been recommended to use it.

Thoughtful Islanders need to aware that our community, according to the Sheriff’s Office, has had zero marijuana-related criminal problems since California voters approved it as an alternative medicine in 1996.  This is despite the fact that there are Islanders with medical diagnoses that benefit from marijuana treatment and use it.  Aren’t those patients worthy of the same compassion and respect as those treated with pharmaceuticals?

Though it took them 18 years to get around to it, the California legislature thinks they are.  So, beginning this coming year there is a workable law to enable the 1996 proposition whereby communities can accommodate patients with marijuana treatment recommendations. Islanders also need to be aware that the medical progress being made with this natural medicine has become too serious to ignore.  The psychoactive part of the plant, THC, is being used successfully by sufferers of PTSD and other psychiatric disorders.  And, the non-giggly product juiced from the leaves, called cannabidiol or CBD, has been markedly successful in reversing juvenile epilepsy and cancer.  The state legislators and the Governor were aware of that when they produced the new law.

Let’s hope the City Council’s new ordinance is not the end of the discussion.  The readers of this newspaper need a lot more information about marijuana as a medicine for their own benefit before they go off and damn it as a matter of our Island’s public policy.

There is a lot of talk about marijuana in Avalon. Nobody is trying to force marijuana on residents of our special city. Many people have “feelings” about the topic that may not be based in fact. However, sick people should be allowed to get their medicine.  Let’s all take 10 minutes to read up on the facts.  Education is the cure for misinformation. See these links:

Why is marijuana illegal?

Why is Marijuana Illegal?

Does the US Government hold the marijuana patent?

I have been attending Mr. Z’s Wild Nature Academy of Awesomeness since it began in August of 2015.

The activities are not only fun but educational as well!  From learning aerodynamics through making and flying paper airplanes to replicating earth’s magnetic field through hands on experiments with magnets – it’s all fun with a purpose! Attendees also learn sportsmanship skills through playing such games as:  angry minions, basketball bin toss and good, old Capture The Flag! So, come join in on the fun from Dec. 28-Jan. 1 from 10 a.m.-3 p.m. at City Park (Machine Gun Park) and Wednesdays after school from 2:30 – 4:30 p.m. at Five Corner’s Park. Guaranteed to leave you feeling awesome!

Mr. Z’s Wild Nature Academy of Awesomeness is a newly-created not-for-profit organization based in Avalon.  Mr. Z provides regular, weekly after-school programming as well as day camp experiences like no other during school breaks.  We specialize in learning by playing and activities where students learn without necessarily knowing that they are learning.  We teach environmental and other academic lessons, as well as things like manners and kindness.

I will be providing a day camp experience like no other during the week after Christmas.  It will feature lots of fun learning experiences, as well as games and activities that maintain structure so that students stay ready for school.  Drop by Machine Gun Park from 10– 3 from Monday, Dec. 28–Friday, Jan. 1. Suggested donation of $20 per day is negotiable and may be waived entirely.  For more information, call Mr. Z at 301-612-3988.

Look for more information at People’s Park, the arcade bulletin board, and at both Von’s stores.   And, students, “Don’t forget to be awesome!”

Basketball season jumps onto the scene

Basketball season jumps onto the scene