The most recent Avalon Election 2022 data from Los Angeles County, as of editorial deadline, has changed a little.

She leads this week’s second-place candidate by seven votes.

Michael Ponce was in third place last week, trailing Oley Olsen by only 2 votes. This week, he is in second place with 257 votes as of June 14. Olsen was in third place as of this Tuesday, with 250 votes—only seven fewer votes than Ponce.

The election is scheduled to be certified July 1, which will be the day after the Islander’s editorial deadline.

While a few numbers have changed since last week, both candidates for mayor gained votes since last week’s paper, the mayoral race appears to be a clear victory for incumbent Anni Marshal with 326 votes as of June 14 (last week the number was 274). This week, Cinde MacGugan-Cassidy had 183 votes. (Last week, the number was 150.)

As for the ballot measures, the numbers have also changed.

Last week the vote on Measure TT, the proposed 1% increase on the city’s Transient Occupancy Tax, was close—with “No” votes leading “Yes” by a difference of just 9 votes. 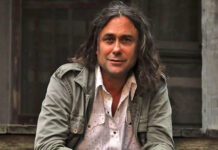