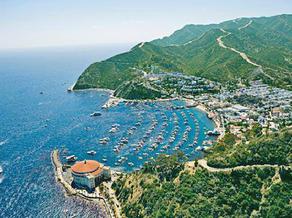 The City Council unanimously approved emergency memorandums of understanding (agreements) with four city labor groups at this week’s council meeting. City Manager Denise Radde will bring back a fifth MOU from a harbor employee group in two weeks. She said the group would not get anything the other four groups were getting from the agreement.

Council members expressed frustration with the situation, but agreed to have the city manager speak further with the harbor group.

Five emergency MOUs were originally a single item on the council Consent Calendar, but the item was pulled for separate discussion because Radde wanted to make some comments.

According to Radde, the Avalon Harbor Employee Association contacted her Thursday, July 30, and she had a Zoom meeting with them the day before the Aug. 5 council meeting. They did not agree with the amended agreements with the city. Radde said she reached out to the other four groups, which understood the city’s financial situation and all four were on board.

Radde requested holding off on approving the MOU for the Avalon Harbor Employee Association until she had time to confer with them.

Mayor Anni Marshall wanted to know if the council could move forward on all five agreements.

Radde said that a lot of the items in the MOUs were on hold anyway.

Marshall asked if it mattered what the Harbor Employees Association thinks.

“We’re not laying off people,” she said. “We’re doing our damnedest and if I was in one of these other associations I would go, ‘Oh, you’re going to talk to them? Well let’s go back to the drawing board.’ And we don’t want that to happen”

Radde said the harbor group would still be impacted. She said the MOUs simply formalized what has been done.

She hoped to come to an understanding with the harbor group in two weeks.

Radde said she did not anticipate giving the harbor association what the other groups are not getting. “It would not be fair,” she said.

Cinde MacGugan-Cassidy said the track record with the harbor association for the last two negotiations have been difficult and that was not on the city’s end. She said the city was in a drastic situation, particularly with the harbor fund.

Cassidy said she personally would like to move forward with all five agreements.

She said the city would be looking at the solvency of the city next week.

Councilmember Michael Ponce said: “We only have so much to go around. When that’s gone, everything’s gone.” He said that in the last financial crisis, in 2008, the city tried not to cut staff. “Well, this one’s even bigger than that.”

Later, Cassidy said the cruise ships aren’t coming and the city has no wharfage. The majority of the harbor funding comes from the wharfage. “We’ve all known that we are going to be in a financial crisis, especially when it comes to the Harbor Fund,” Cassidy said.

Marshall didn’t know what Radde would accomplish by meeting with the harbor association, but she was willing to give Radde the two weeks.

According to Radde’s staff report, the amended agreements with labor unions will include: elimination of uniform allowances until further notice, two annual commuter book reimbursements will be eliminated until further notice, as will education reimbursements, floating holidays, accumulation of compensation time, and longevity increases. Volunteer drill pay and special drill pay will only be available at the fire chief’s discretion.

According to the report, cost of living and compensation studies will also be postponed until further notice. The cost estimate given in her report (originally based on all five MOUs) was $500,000.